How to have an eco-friendly Christmas
When I told some friends I was writing about an environmentally friendly silly season there was sniggering over ‘tofurkey’ and tie-died Christmas decorations. Despite their misgivings, I believe an eco-friendly Christmas doesn’t have to suck all the joy out of festivities and adds a very positive dimension, not the least of which is in setting a great example for those who love Christmas most of all – children. The components of Christmas which have potentially the greatest impact on the environment are food, presents and waste. With very little effort it is possible to have ‘Christmas with a conscience’ and in some cases it will make preparation even easier.

Air pollution costs Britain £10bn a year, report shows
Britain has 10 of Europe’s top 50 “super-polluting” power stations and factories, helping to cost it more in health and environmental impacts than any other countries, except for Germany and Poland.  New air pollution figures from the European environment agency (EEA) suggest that a handful of power stations and industrial plants together cost the National Health Service and the wider UK economy over £10bn a year. Of over 14,000 major industrial plants identified in Europe’s 27 countries, Drax power station in Selby and the Longannet plant at Kincardine in Scotland were ranked respectively 5th and 10th between 2008-2012.

Robot submarine looks under Antarctic to find out why sea ice is getting thicker
For several years now climatologists have puzzled over an apparent conundrum: why is Antarctic sea ice continuing to expand, albeit at the relatively slow rate of about one to two percent per decade, while Arctic sea ice has been declining rapidly (by some 13% per decade in late summer)? Just a few weeks ago the Antarctic saw a third consecutive record year of sea ice coverage. The two previous records were set in 2012 and 2013. To help get to the bottom of this mystery, one team of scientists have enlisted an underwater robot to help measure the thickness of the ice. Their vehicle, known as SeaBED, has an upwards looking sonar which maps the underside of ice floes and provides novel, highly-detailed three-dimensional maps of Antarctic sea ice. The researchers present their findings in the journal Nature Geoscience.

Wildlife crime study finds 33,000 items worth £7m for sale online
The world’s endangered wildlife is for sale on the world wide web: live tigers, bears, orangutans and chimpanzees are all just a few clicks away. For those seeking a more manageable purchase, there are emerald boas, hummingbirds or poison dart frogs available by the dozen. The trade in animal products is just as vigorous. Ivory dominates, but also on offer are polar bear rugs, snow leopards’ teeth and a £55,000 cup fashioned from a rhino’s horn. The extent of the shadowy online trade in protected animals is revealed on Tuesday in the most comprehensive analysis of the multi-million-pound market yet published. The International Fund for Animal Welfare worked with law enforcement professionals to analyse the online trade in 16 target countries over a six week period earlier in 2014. They found over 33,000 animals and items that should be protected by international laws on sale at a total value of $11m (£7m). Many of the online adverts identified are now being investigated by police.

Expert panel warns of supertrawler environmental risks
An expert scientific panel has warned of broad environmental risks of a supertrawler in Australia’s small pelagic fishery. In a report on the controversial plan, the federal government-appointed panel found a host of protected native seals and seabirds would be at risk of losing their food to the fishing, even if special precautions were taken. “The panel’s assessment has confirmed that there are considerable uncertainties relating to the extent of those impacts, and the level of impact that would create adverse environmental outcomes,” the report released on Tuesday said.  The panel was asked to examine the fishery for jack mackerel and redbait by the previous Labor government after it banned the Dutch-owned super trawler Margiris when it came to Australia to fish an 18,000-tonne quota in 2012.

Shark sex rampant off Stewart Island
On the face of it, Edwards Island doesn’t have a lot to offer your great white shark. Certainly not the good eating of any nearby seal population. But each December mature males start to gather there, about 1okm from Halfmoon Bay, and throw their weight around, shark style. “They kind of bar-fight each other,” says scientist Riley Elliott. They’re aggressive, gaping their jaws, arching their backs, popping their gills, and forming recogniseable packs. By the time the females show up, the pecking order is established.

Method, The Nature Conservancy Partner to Protect Water in the Great Lakes Region
Method Products, PBC, leader in eco-friendly household, fabric and personal care products, has partnered with The Nature Conservancy for a groundwater replenishment project. Method’s goal is to protect water in the Great Lakes’ watershed and improve water quality throughout the area with this program, which offers incentives to farmers to increase groundwater recharge. Through this water-recharge program, Method’s goal is to replenish groundwater in equal amounts to the water used in its factory — which is located in the region — targeting 30 million gallons of groundwater recharge over 5 years.

Green bonds market has trebled in size
The green bonds market has trebled in size this year, with the Climate Bonds Initiative reporting the market has $34.3 billion in issues. The news comes as The Peoples Bank of China chief economist Ma Jung this week released a report on developing green financing and green bonds for China that maps out the mechanisms for the massive development challenges facing the nation to be potentially tackled with the assistance of climate-friendly finance models.  The report is the result of a series of working groups that have included Climate Bonds Initiative chief Sean Kidney and Simon Zadek, co-director of the United Nations Environment Programme Inquiry into the Design of a Sustainable Financial System. It outlines proposals for green banks, green bonds, green lending and also differential risk weighting for green loans on bank balance sheets.

The North Face Introduces Locally Grown, Designed, Sewn ‘Backyard Hoodie’
Outdoor apparel, equipment and footwear maker The North Face today unveiled the Backyard Hoodie, the newest addition to its portfolio of environmentally conscious products. In collaboration with Fibershed (which supports the creation of local textile cultures that enhance ecological balance), Sally Fox at Foxfibre®, and the Sustainable Cotton Project, The North Face designed The Backyard Hoodie with the goal of sourcing and manufacturing a product within 150 miles of its headquarters in Alameda, California. A limited number of hoodies will hit shelves for the first time in early December.

Waste and the Circular Economy

Beyond the ‘poo bus’: the many uses of human waste
A British “poo bus” went into service last week, powered by biomethane energy derived from human waste at a sewage plant. For those of us who follow these matters – and my academic works include Geographies of Shit: Spatial and temporal variations in attitudes towards human waste – this was an exciting moment, a rare piece of good PR for human waste. After all, most societies strongly associate it with a sense of disgust. Poo threatens the health of around 2.5 billion people … and it smells bad. Yet it also represents an important resource, used in lots of different ways throughout history. Though the “poo bus” has captured the imagination there are many other uses for human waste.

The Defit Blog – Evolving the role of social enterprise in defits
Altruistic, generous and resourceful are all tags that building and construction companies would love to have, and involving social enterprise in building defits has become a valid step toward achieving this. Not only can defit projects provide honest work for people who need it, but they also facilitate the re-homing of furniture items into needy charities and not-for-profits while kicking a double environmental goal of reducing the extraction of new resources and reducing our 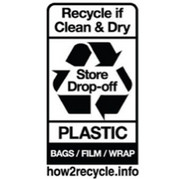 society’s waste to landfill. In the words of SIEN co-ordinator Tom Davies, it is “simply good business’”.

MailersUSA.com to Use the How2Recycle Label
PAC Worldwide says online reseller MailersUSA.com will immediately start to use the Sustainable Packaging Coalition’s How2Recycle Store Drop-off label on certain flat poly bags. How2Recycle is an on-package recycling label program that gives clear, concise instructions to customers about how to recycle a package.

US will seek expanded ozone treaty in 2015 after talks fail
The US will try again next year to get a mandate for expanding a two-decade-old ozone treaty to include a new batch of refrigerants after attempts failed at a meeting last week, the top US climate negotiator said today. At a Montreal Protocol negotiation in Paris, which concluded Friday, India and Iran objected to beginning talks about phasing down the use of hydrofluorocarbons, which are potent greenhouse gases. Instead, countries agreed to hold a stand-alone meeting about capping and tapering use of those chemicals next April. “I think there was actually good progress made on HFCs,” Todd Stern, the lead climate negotiator for the US State Department said at the Center for American Progress in Washington. “I think they are going to pick it up again in April, and hopefully we’ll be able to take the step there.”

Case study: squeezing efficiency out of high-performance buildings
Energy management software company BuildingIQ was earlier this month awarded Best Commercial Energy Efficiency Project at the Energy Efficiency Council’s national awards for an energy optimisation project at the already high-performance National Information and Communications Technology Australia building in Sydney. Using energy optimisation software, an 18.8 per cent reduction in energy use was achieved in a building that already had a 5.5 star NABERS Energy rating. So how were the last drops of efficiency squeezed out of this already highly efficient building?

Tridel CIO: Smart Buildings Can Cut Costs
There are a number of benefits for investing in smart buildings, and no one should build another “dumb” building, Ted Maulucci, CIO of Canada-based Tridel Group, said at a conference in Toronto earlier this month, according to Datacenter Dynamics. Maulucci noted the sustainability benefits derived from improved energy efficiency of smart buildings as well as the increased security benefit of integrating existing monitoring capabilities into a centralized building data center. Maulucci also said smart buildings can spur innovation through increased communication abilities. It is his belief that localities should install the infrastructure for high-speed communications before they are actually required, which will attract businesses and the construction of smart buildings.

If WWF employees still drive to work, is there hope for the rest of us?
Research has suggested the ideal moment to change behaviour is when people’s lives are undergoing some sort of disruption that shakes up their routines. Along with researchers in Germany and Japan, we had looked at how commuting might change from one mode to another when people moved house. Now, with the relocation of WWF’s head office, we were invited to study a whole workforce when their offices moved from one town to another. And not just any workforce, but people who had chosen to work at an environmental charity. If this lot couldn’t be pried out of their cars when forced to rethink their commuting, we might as well give up.

Aquaponics startups offer local, organic produce to urban populations
Backyard hobbyists, university researchers, nonprofits, restaurants and even inmates at a federal prison in Indiana are growing food using aquaponics, a technology for raising fish and plants together in a recirculating system. So far, though, no one has been able to build a large-scale, commercial aquaponics business. In an abandoned brewery in St Paul, Minnesota, a startup company called Urban Organics is trying to change that. Since last spring, Urban Organics has been raising tilapia, basil and lettuce, with the help of a much-bigger neighbor – a $7bn industrial company called Pentair that believes that aquaponics is on the verge of becoming a viable form of farming.

This site uses Akismet to reduce spam. Learn how your comment data is processed.